Executive Chef Chris Royster, a Zagat 30 Under 30 recipient and Food Network CHOPPED Champion, came from a family who appreciated good food. Growing up in Hyde Park, NY, his mother had a cake decorating business when he was young and his father and grandfathers, being avid hunters, taught him to hunt and fish and showed him how to make things like sausages and jerky while utilizing the whole animal.

Chris’s older brother Adam has also been an avid cook, then chef, and the two have influenced each other’s cooking their whole lives. They both had their starts at a local modern American restaurant called The Twist, first as dishwashers, then working their way up through various positions until they were co-chefs at the ages of 18 and 19.

Chris followed his brother to Colorado, first working at Red Rocks Amphitheater then cooking at various restaurants through the Three Leaf Concepts entities including the positions of Sous Chef at Zucca and Executive Chef at The Huckleberry Café. “The Huck” offered invaluable experience with it’s bakery, catering company, and busy breakfast, lunch and dinner service. In 2011, Chris joined his brother at the Flagstaff House, first as Sous Chef, then when Adam moved back to NY, as Chef de Cuisine.

“I have absolutely loved working with Consultant and former Executive Chef Mark Monette,” he says. “I learned everything I knew from researching on my own and the people around me, but I wouldn’t be where I am today without the guidance of Mark as a strong mentor. He taught me new things on a daily basis. We worked really well together, coming up with new dishes, pushing the envelope… and he made it really fun.”

Chef Chris makes changes to the menu daily, shaped by the products purveyors bring to his door. Cooking, fishing and traveling (and trying new foods while traveling) are his favorite things to do.

In 2018 Chris Royster became Executive Chef and Partner at the Flagstaff House Restaurant. When not creating in the kitchen Chris can be found on the other side of the table, enjoying a meal made by other artists, or out on a Colorado adventure. 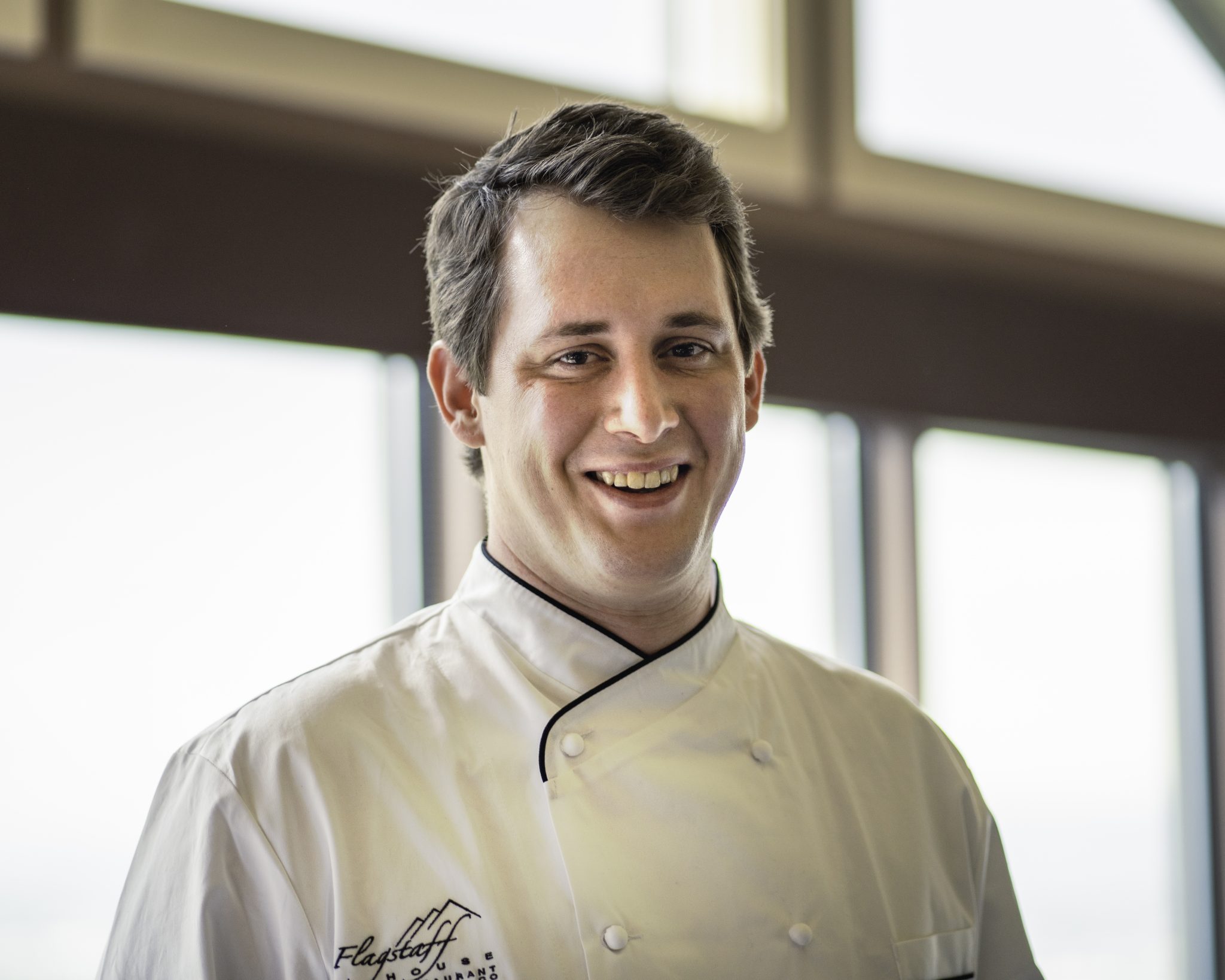